Kentish Town
Approx £20K dependent on experience
Archivist required for London Photographer. Duties include syndicating all new projects, liaising with agents, website alterations, drafting and answering Interviews, liaising with UK PR, requesting all final files and tears from publications and clients, updating software with all new work, requesting image approvals,managing the FTP, sending out negs for scanning, supplying images to press and processing out unretouched edits for syndication. Knowledge of Cumulus system would be an advantage
ellie@rankin.co.uk
Posted by Fashiontent at 06:11 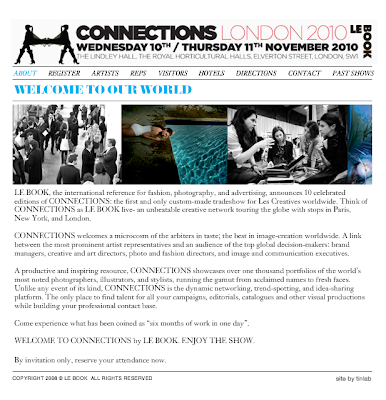 Message to my students: Try and get to this trade fair - you will find it a useful experience, you will need to register, click on below link...
http://www.lebook.com/connections/
Posted by Fashiontent at 15:23 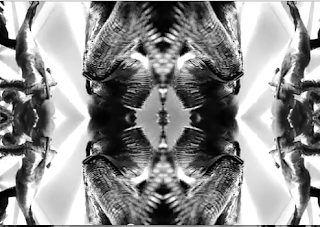 Take a look at this excellent promotional film for Gareth Pugh SS2011. Fashion on film is the way forward. Film very  effectively adds an extra dimension to the branding profile. His quest is design integrity and art installation quality and he achieves it here. Parts of this film could easily be presented in the Tate Modern. It make me want to see these amazing clothes on the hanger in a store.  Gareth Pugh is ex St Martins student who continues to innovate.....The music is great too ......


Please take a good look at one of my posts on Saturday the 5th June this year entitled
"Jumpsuits an alternative to the Maxi dress!"
in particular look at the last section where I have some styling ideas!
now read this article above in this weeks Drapers Record...

If you know your fashion history this new young model's look is an enigmatic mixture of Penelope Tree, Marion faithful and Jean Shrimpton all rolled into one fabulous and unique face.
However I get the feeling from the way she projects herself in these images that she is not just a pretty face. She connects well with the camera lens and transmits intelligence in the same way Jean Shrimpton did. I would love to know what Bailey thinks of her!
I see nothing of the waif in her a la Kate Moss thank goodness.
Eddie Campbell 19 went to St Pauls school. She is dating Johnny Borrell of band Razor light (who has a talent for dating successful girls), Kirsten Dunst being one he has ticked off his list in the past.
Her mother is architect Sophie Hicks a former Vogue fashion editor! her father Roddy Campbell a fund Manager.
She was photographed with her mother for Vogue by Arthur Elgort aged 5 in a feature about her mother's architectural practice.
Burberry were the first to see her fashion potential and of course pedigree, Marc Jacobs and Stella McCartney were tipped off and have also used her recently, clever things!
In December she will feature as one of Vogue top 20 favourite models.
Posted by Fashiontent at 15:08 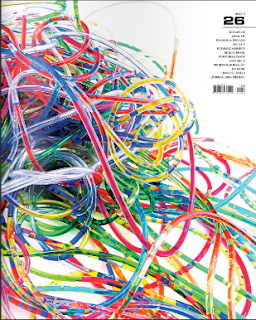 This American TV series about the advertising agencies on Madison Avenue set in the 1950s has had an unexpected influence on style aspirations in 2010. If you look back to my previous blog you can see that the Louis Vuitton brand campaign has certain style similarities and that Prada's  AW 2010 collection was lady like, fitted, sexy and 1950s inspired.
I would recommend any of you out there interested in fashion and social history and Art Direction to watch it, that is if you haven't already, rather like Marmite you will either love it or .........
Series 4 moving into the mid 1960s is on at the moment in the UK on Wednesday nights on BBC4 and repeated on iplayer.
Posted by Fashiontent at 14:22

Marc Jacobs - "I don't think there's such a thing as good or bad taste."

The Marc Jacobs for Louis Vuitton SS2011 collection showing in Paris this week should be entitled 'Opulenza'! Who was it that said Americans can't do really 'out there' fashion theatre ? It's Miss Saigon meets Chicago meets The Lion King all rolled into one fabulous fashion production without the singing and dancing !
This decadent and luxuriously indulgent collection reminded me of a John Galliano offering for Christian Dior from a few seasons ago yet the difference is that Jacobs has incorporated some sound commercial panache to the tailoring finish, I liked the black piping that gave the garments structure,  making it instantly wearable and sexy without compromising too much on the boldness and razzmatazz that a big brand such as Louis Vuitton needs to sell its sub products such as bags, belts and jewellery.
Jacobs rather defensively after the show said "taste is subjective, "I don't think there's such a thing as good or bad taste." well I agree, for me he has proved he well deserves the respect and admiration the industry gives him, a stunning collection as good as it gets.


Gap had to dump it's new logo with in a week of it's launch and revert back to the old after fans launched an unprecedented  attack on the new logo design.
Gap had engaged creative agency Laird and Partners to design its new logo which was unveiled last week. It had the word "Gap" in Helvetica font with a small blue patch overlapping the letter 'P.'
The new logo was supposed to signal Gap's transition from "classic, American design to modern, sexy cool" according to company spokesperson Louise Callagy.
However, the move prompted such as outcry from Gap fans on Twitterand Facebook - many Gap fans called the new logo "bland," "ugly" and "an utter failure" - that it was forced to revert back to its 20-year old Gap logo - "GAP" written in a capitalized serif font in a solid blue box.
This publicity has raised sales so it is not all bad news! at least this will pay for the cost of the rejected logo!!
Posted by Fashiontent at 13:58

The Fash Pack! at LFW