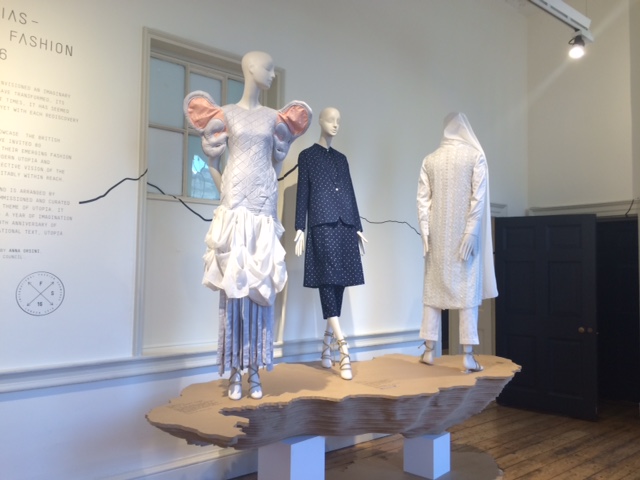 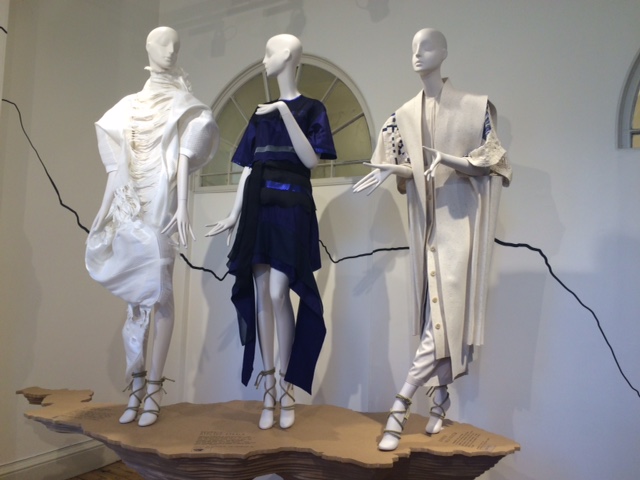 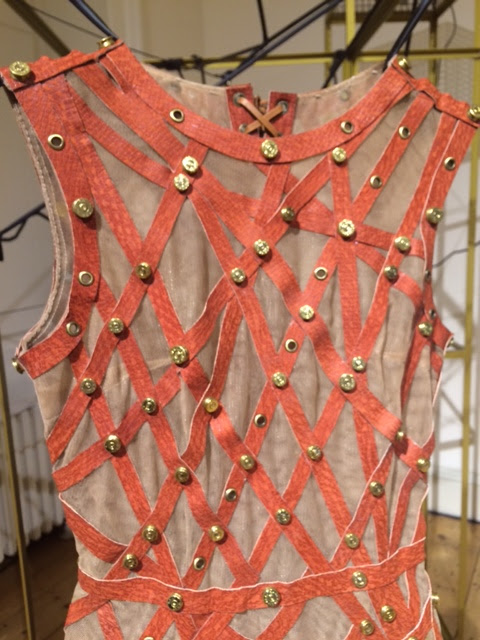 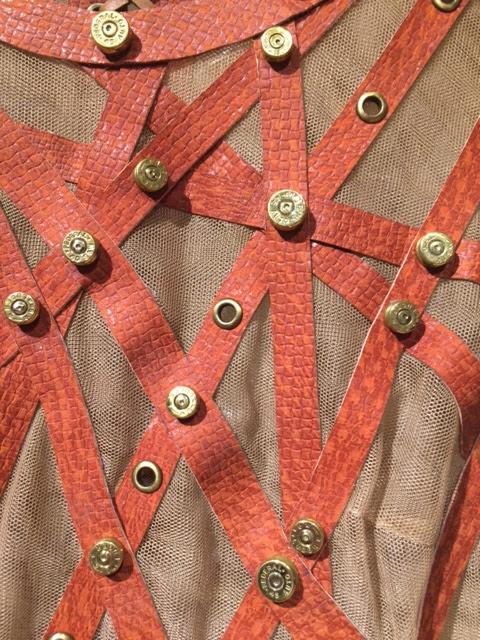 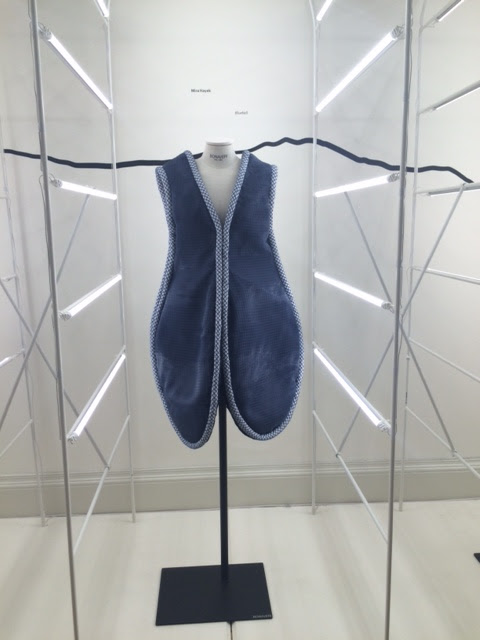 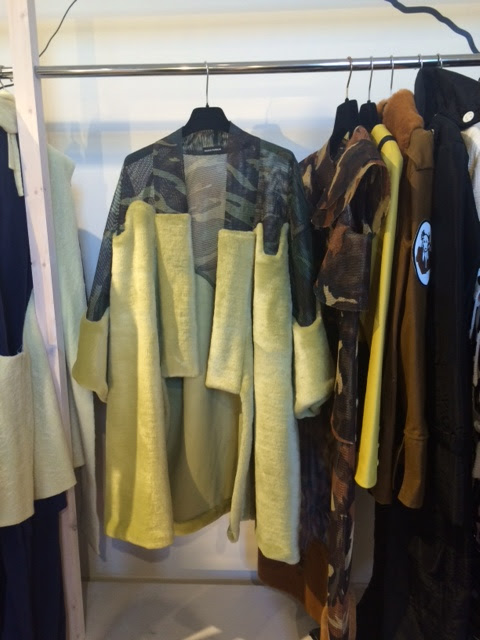 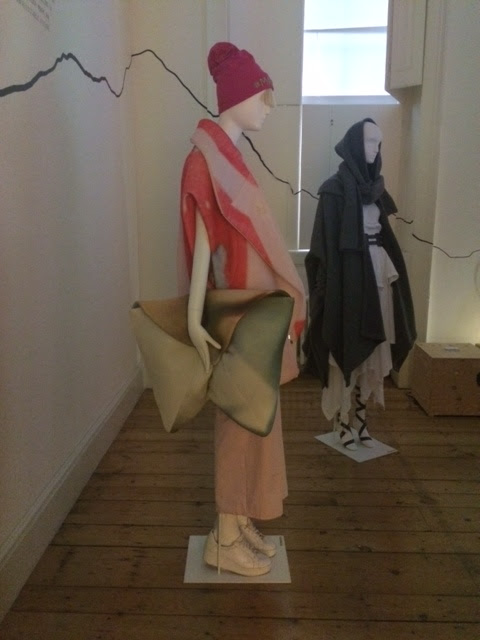 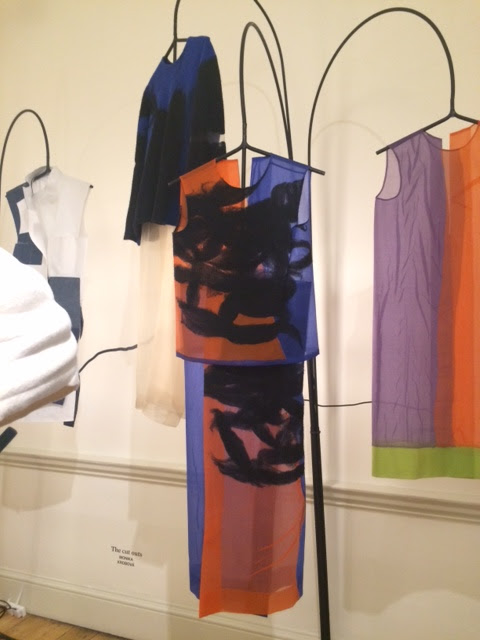 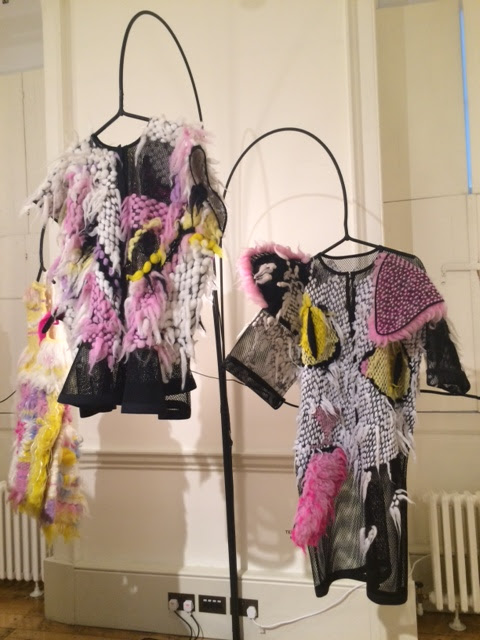 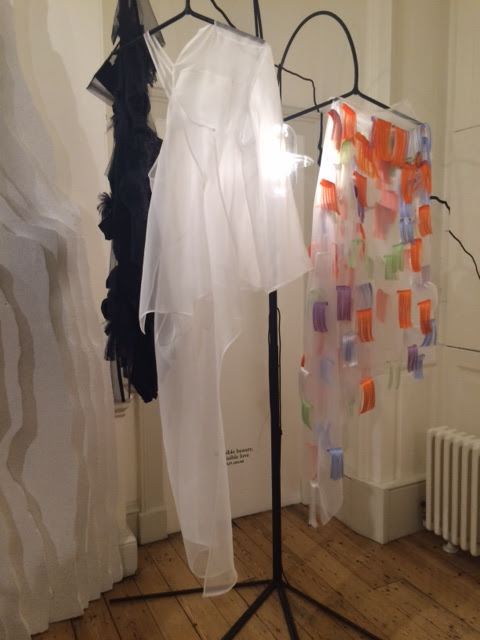 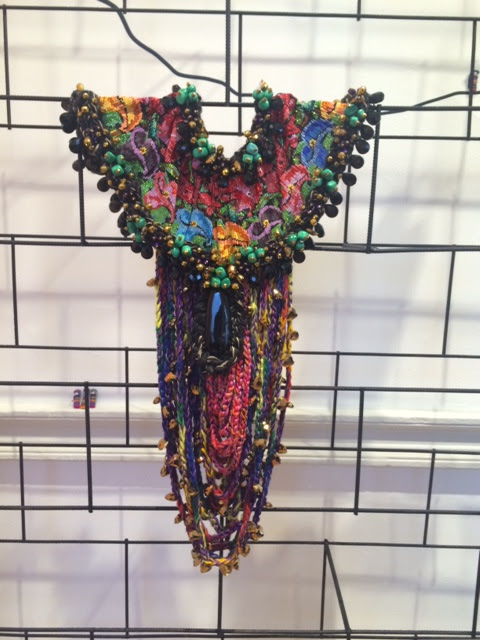 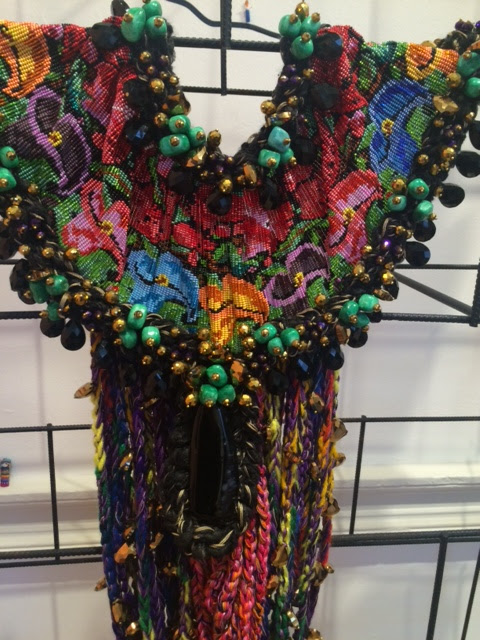 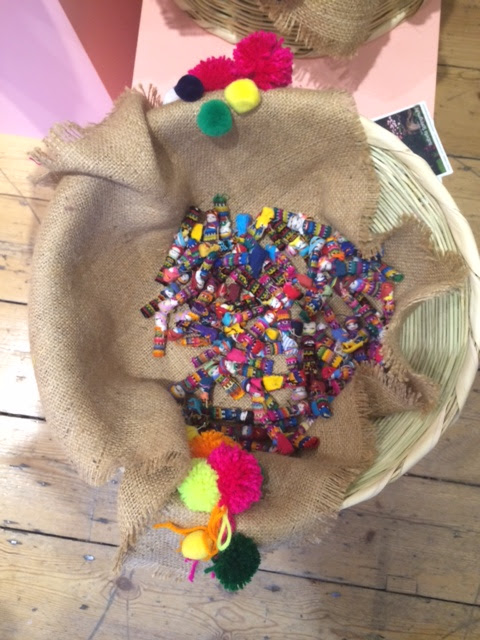 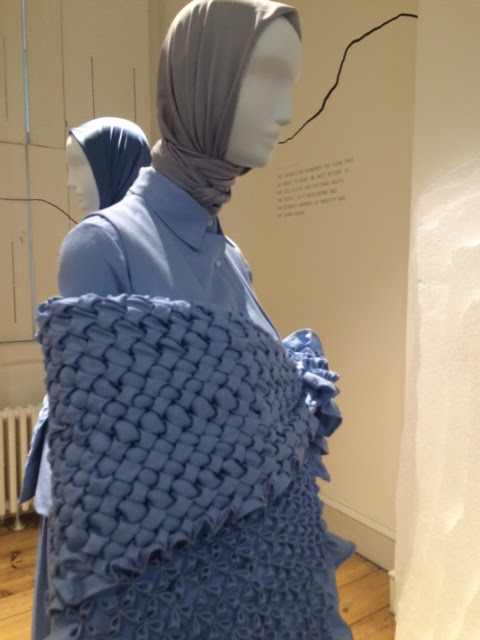 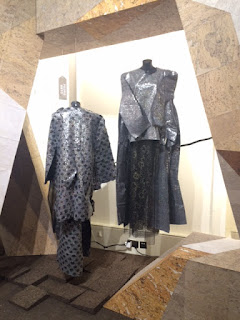 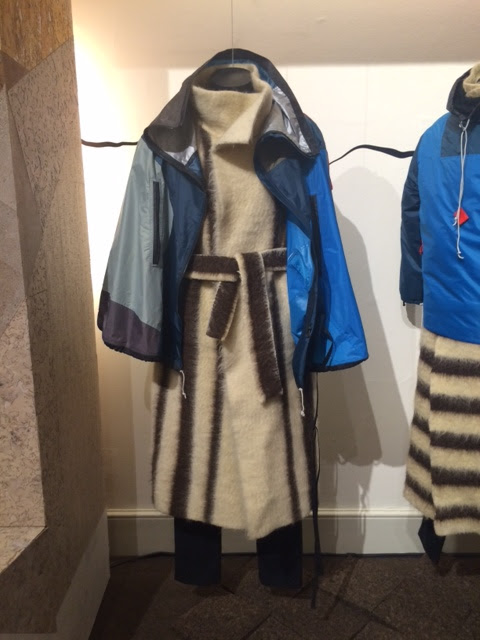 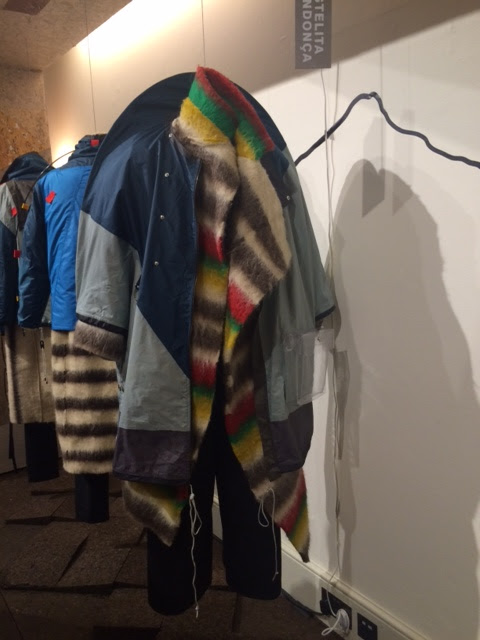 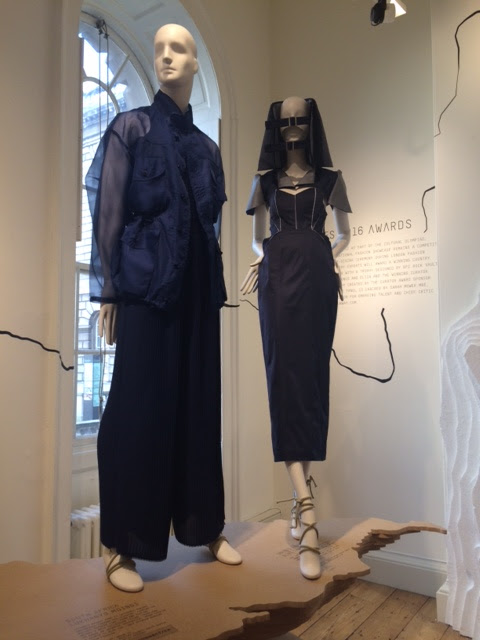 Fashion Utopias: the International Fashion Showcase 2016 is a series of specially commissioned and curated fashion installations featuring work by emerging designers from 24 countries. Created by the British Council and British Fashion Council , it is a key part of the London Fashion Week public programme which forms a city-wide celebration of fashion that is open to all.

This international showcase featured works from 24 different countries. Consisted of young talent honoring and merging old tradition to new concepts and ideology such as sustainability. There was a display of range in technique, virtual reality, installation, and interactive activity to show every countries' version of Utopia. I took images of creations I thought were beautiful. I ran out of battery when I reached the jewelry section, which is sad because it was one of my favorites!

Copy and  Photos Le Dao...pls credit
Posted by Fashiontent at 04:25 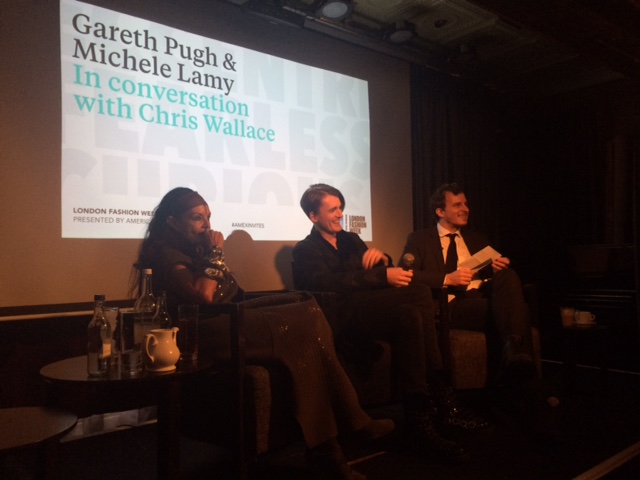 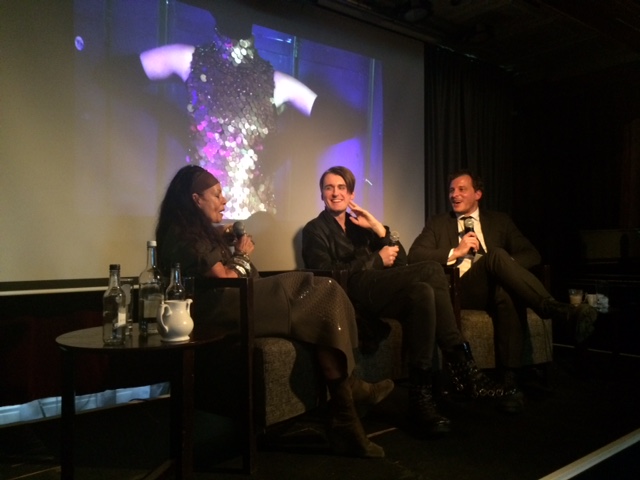 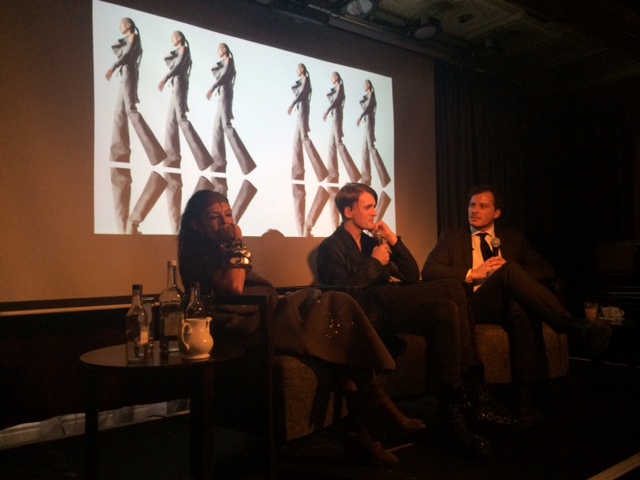 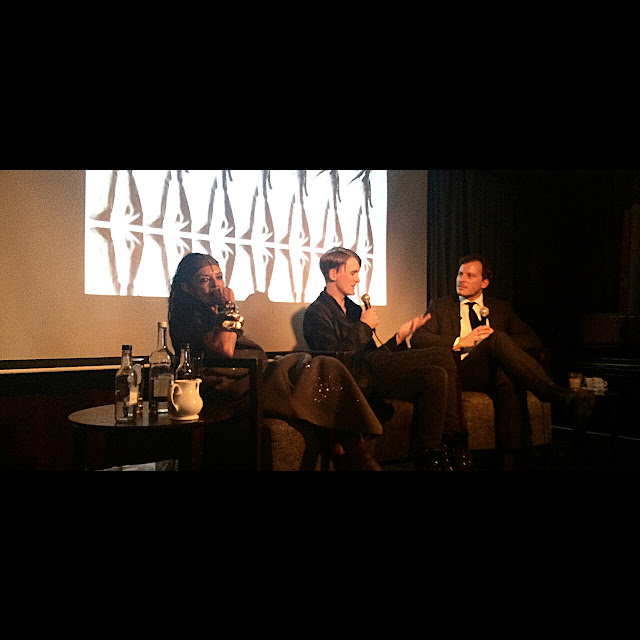 I was eager to see who what kind of a person Gareth Pugh really is behind all of his gutsy work. I was also pleasantly surprised to find out that Michele Lamy was added to the roster a week before the talk. I have heard so much about her from a friend who has known her for a number of years. I have also seen a Rick Owens documentary recently and have been intrigued by her marriage to Rick, her personality, and lifestyle.

Chris Wallace who hosted mentioned he had known Michele for over twenty years and seemed to also know Gareth personally as well. Somehow, I felt because of this, he didn't seem as adequately prepared with his questions and follow ups. Good thing Chris was interviewing some real characters. Michele was in a subdued olive knit dress, paired with stacks of her oversized hammered silver bangles. She had her henna ink crookedly drawn on her forehead that accompanied her sinister metallic teeth. She looked a lot like Mad Max met Star Wars. Gareth looked like a goth grunge club kid that was clean cut.

Chris Wallace started off the talk explaining who Michele was and why she matters to talented artists and designers. Michele had a very controlled yet relaxed demeanor. She spoke very freely about her thoughts. She didn't mention as much about Rick as one would assume. She seemed to be conscious of how much of the conversation she was dominating so she pushed the spotlight back to Gareth.

Gareth is a very well spoken, expressive individual who comes off relatable and charming.
He seemed to be very thoughtful of his answers. He mentioned how he hated the Burberry shakeup and how he is against any ideas of pushing creativity at a fast fashion pace. He also spoke about his personal struggle with wanting full control of his brand's image, and how working with video is a way to control and manifest exactly what he wants in his collection.

He had met Rick and Michele before his internship at Rick Owens. Michele said that right away she was drawn to him, maybe because they were opposite and it did help that he was charming. She saw a lot of potential in a young Gareth and decided that they would work together. Michele
who doesn't believe in rules and lives life based off her instincts could not be more different from Gareth who needs control and some structure. Together, somehow it works they explained. Gareth appreciated Michele's honesty and perspective along with the fact that her lifestyle and ideology challenges his ideas and thought process.

There were only a few questions asked one being a comment more than a question. A man from the Ukraine wanted to let Gareth know he had a huge following there. Another girl behind me asked if Gareth would even consider working with a smaller product label. She owned a small snowboarding company. He replied sure and he is always open to collaborations if it made sense. Honestly, I think he was just being polite.

It was a great chat overall and incredible to have the opportunity to ask anything you may want to know from such fashion icons.

Thank you Le for this great review...