Well done Harold Tillman for keeping some of Aquascutum produced in the UK. Harold Tillman also owns another British heritage fashion brand Jaeger. There is no information about where Jaeger merchandise is produced. I suspect in China.

'Aquascutum makes some of its outerwear in England at their Corby, Northamptonshire factory underscoring the company’s support of the British textile industry and ensuring impeccable standards are maintained'.
bravo!
I wonder where quintessentially British brand Hackett is made. Jeremy Hackett has proclaimed he owns a set of mugs that say 'Made in England' but does this declaration of intent extend to his highly successful clothing company?  I went to check and I see the label says Hackett London and then in minute writing I see Made in China! disappointing. 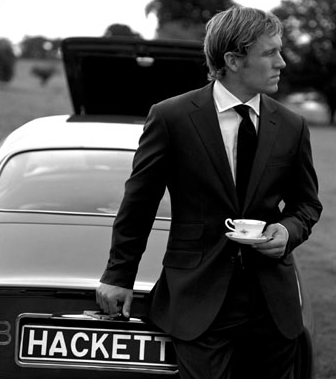 Pringle is another British heritage brand not made in the UK . Perhaps our government needs to give our fashion entrepreneurs some of the same incentives that the Chinese government gives to their manufacturing industry. We can't compete with the low end side of manufacturing but the high end has huge potential. If Aquascutum and Barbour can do it why can't others?


Check out the following brands including Barbour that successfully keep production in the UK...

Barbour
A fourth-generation family-owned British brand, Barbour continues to manufacture its core waxed-cotton garments in a factory in South Shields, Tyne and Wear, although other products are made elsewhere. Following the same trajectory as Hunter boots, Barbour favourites such as Beaufort, Bedale and Border are no longer just the preserve of the county set. Having hopped on to the must-have list of festival-heading hipsters, the brand is basking in its cool status with more products aimed at a fashion-savvy clientele. The International, based on a motorcycle-jacket design from the archives, has ignited a following among city-dwelling, style-conscious men. As with Ewan McGregor and the model David Gandy, who both wear the International, the preferred colour is black. Bedale navy wax barbour, £179, Barbour (barbourbymail.co.uk ).
John Smedley
Based in Matlock, Derbyshire, the fine-gauge knitwear specialist John Smedley has operated as a family-owned business for more than 225 years. Best known for its Sea Island cotton and New Zealand merino wool, the company boasts that 99.6 per cent of the 430,000 items that it produces each year are made in Britain. 'We are the oldest continuous manufacturer of clothing in the UK,' says the creative director, Dawne Stubbs, adding that because of this, John Smedley has over time nurtured a skilled workforce. But bringing manufacturing back to Britain will not be easy, she warns: sourcing buttons and threads locally often constitutes a challenge, and rebuilding a skilled workforce is even harder. Grey merino wool crewneck and red merino wool roundneck, £122 each, John Smedley ( johnsmedley.com ).
Sunspel
A lesser-known heritage name, Sunspel made its name in men's underwear (it introduced boxer shorts to Britain in 1947) and opened its first store in Shoreditch in May. 'There has always been a strong element of innovation at Sunspel,' says Nicholas Brooke, who together with Dominic Hazlehurst has breathed new life into the brand since buying it in 2005. Although he has made changes, his commitment to Sunspel's factory in Long Eaton, Derbyshire, where it has operated since 1937, is unwavering. 'Men do appear to react more positively to the heritage that comes with making in the UK.' White T-shirt, £36, and blue and white stripe T-shirt, £38, both Sunspel (020-7739 9729; sunspel.com ). 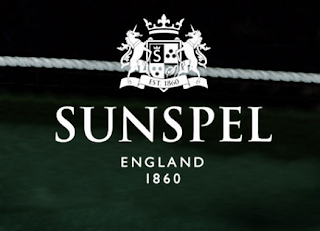