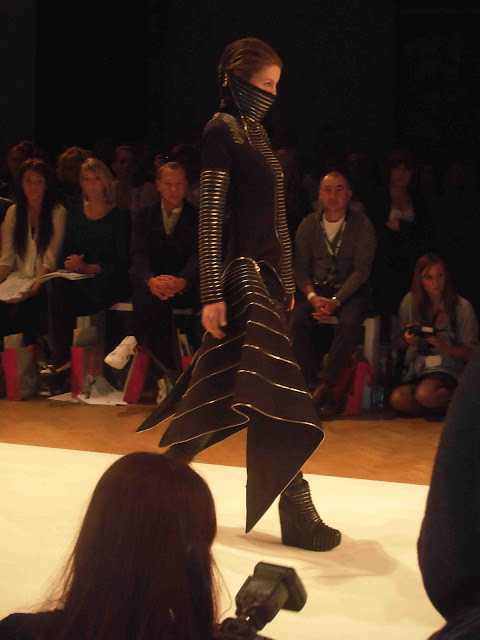 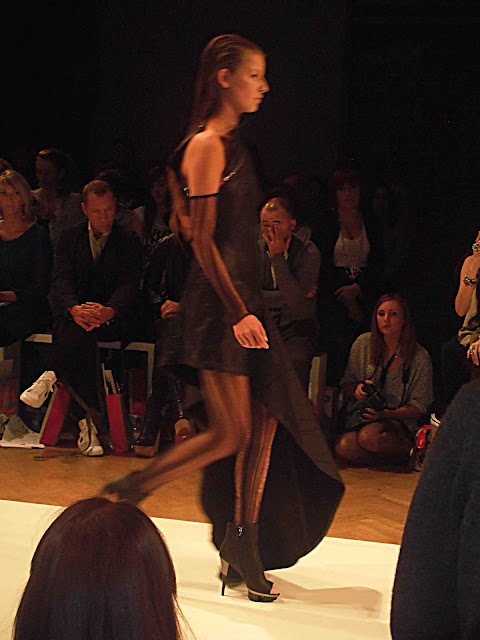 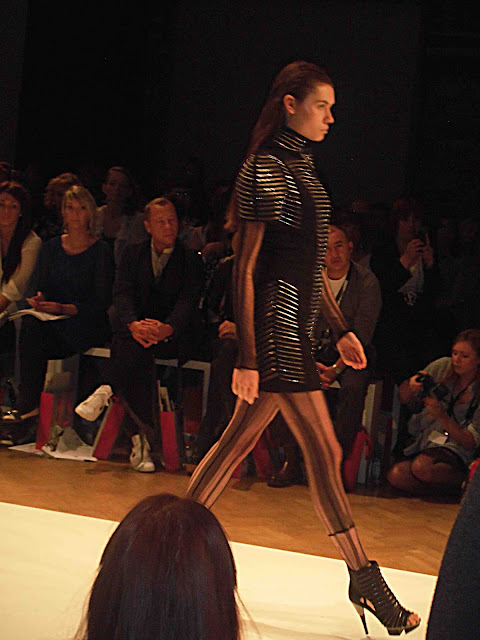 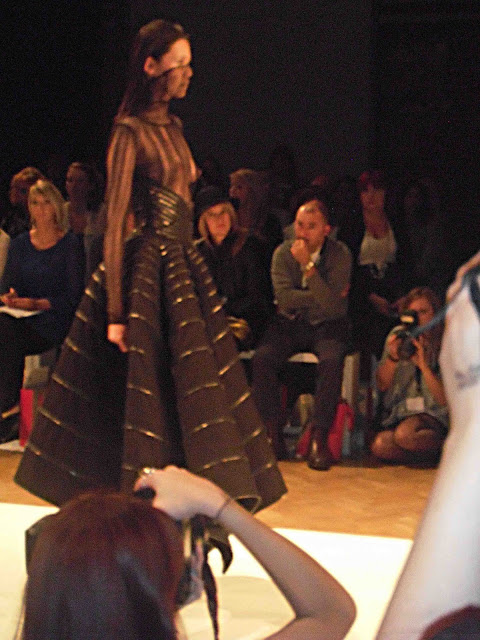 It was a Sunday morning mass of a different kind at LSO St Luke’s, the stunning church venue for this season’s Blow Presents showcase on Old Street, on day three of London Fashion Week. This season’s showcase included collections from Jane Bowler, Fanny & Jessy, Liberum Arbitrum (designed by Shinsuke Mitsouka) and Eleanor Amoroso, all of whom have already garnered international press coverage, including prestige publications such as Vogue Italia, Another Man, VICE, and VOLT Magazine. Given the calibre of these young designers, it was a very eagerly anticipated show, and the atmosphere was electriv, something that was enhanced by the fantastic music by Joe and Will Ask at Red Bull Studios; it not only encapsulated the tone of each individual collection, but worked in perfect harmony with the gothic romance of the venue.
LIBERUM ARBITRUM
Possibly the least summery collection to be shown at LFW this season, but Shinsuke Mitsouka’s ‘Deep Forest’ collection didn’t disappoint. Mitsouka’s Parisian couture training played a strong part in creating a highly theatrical, dark, futuristic and gothic collection. The models were transformed into eerie shadows; clad in black, their unusual silhouettes were accentuated and embellished with silver zips, whilst black chiffon draping leant a ghostly edge to the collection. However, despite how stunning this collection was, I couldn’t help but feel that it was a little similar to Gareth Pugh’s AW11 collection.
Words & photos for fashiontent by Sophie Hollins - please credit
http://sogni-doro.tumblr.com/
Posted by Fashiontent at 07:02