In the recent film Midnight In Paris Owen Wilson, and a charming French lady he found in the 1920s, are transported back to the 1890s in Paris: La Belle Époque. Across the petticoat filled dance floor of the Moulin Rouge sits Toulouse-Lautrec, a glass of absinthe perched inches from his hand. The consumption, the syphilis, the poverty and addiction are all off stage. This is the fantasist’s Belle Epoque, a seductive yet safe version of a period of history that was as infamous for its art, fashion, philosophy and decadence as its squalor, illness and suffering. It is this idealist’s re-imagining which welcomes the dark young things that slip from the bus-busy streets of Euston into the shadowy underworld of the green fairy. 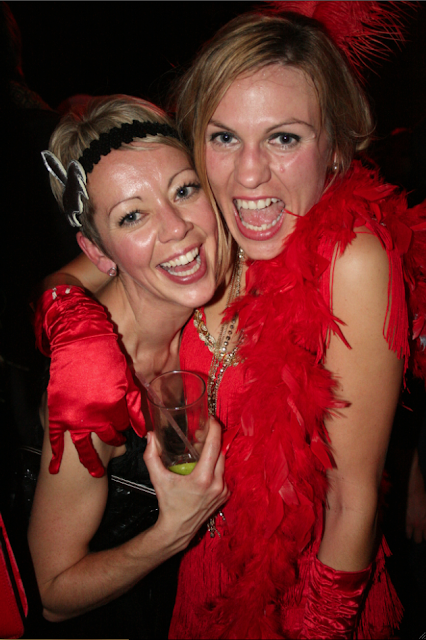 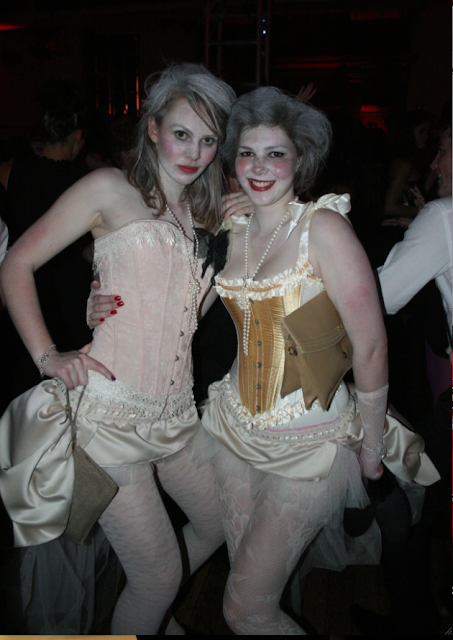 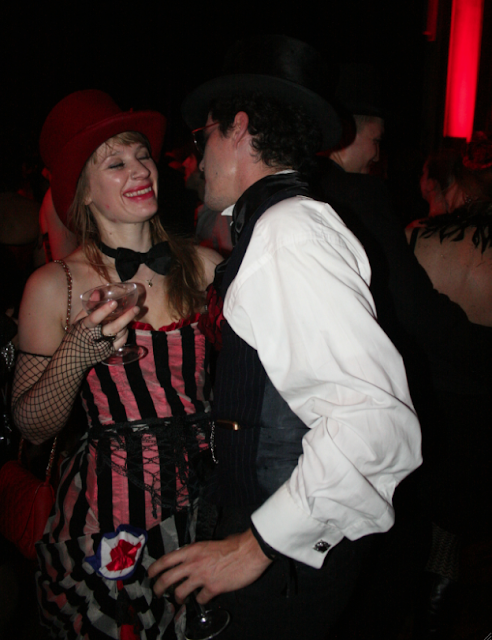 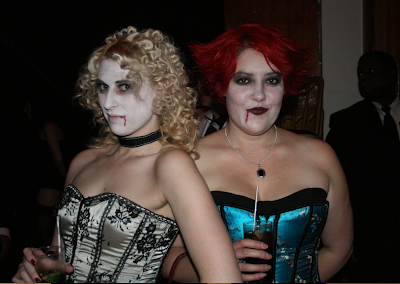 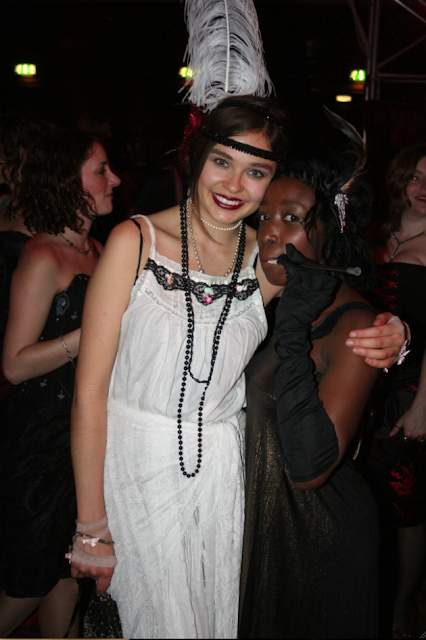 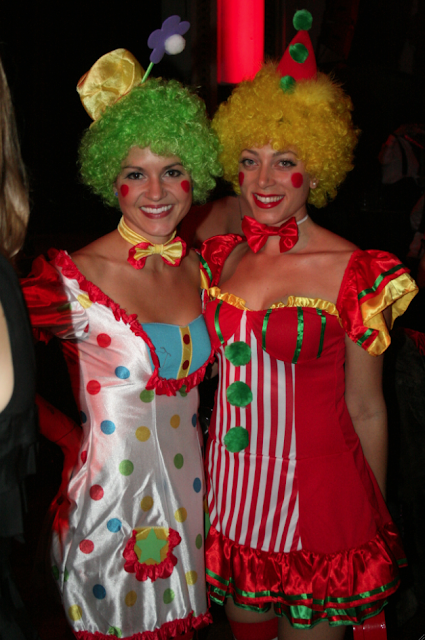 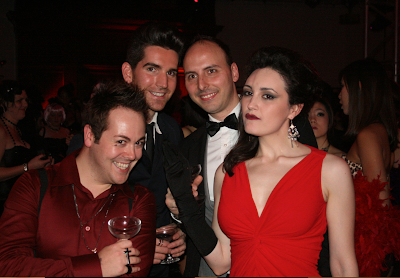 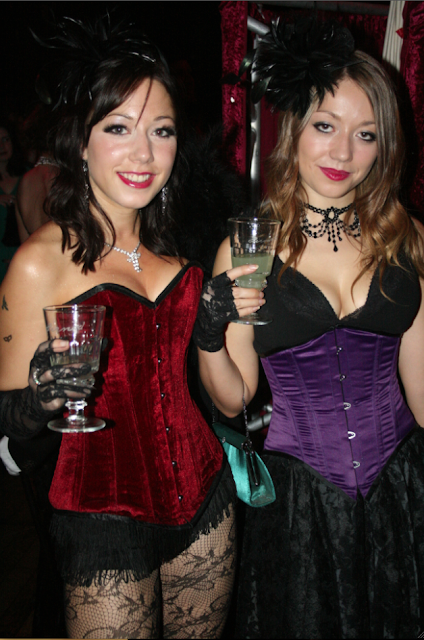 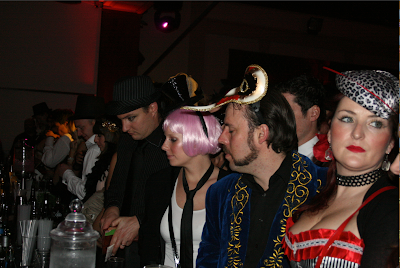 The exterior of the Grand Hall does not promise great things. The queue looks like that of any other nightclub, the costumes of the partygoers hardly out of place among the creativity Hallowe’en inevitably excites. Once inside, a discrete black mask stamped onto your wrist, the atmosphere is quite different. The organisers have hit upon a trick by opening the event to just the right capacity. The hall is suitably crowded, intense and a little bit mad, but there is still room to dance properly and space enough to walk around meeting people and taking everything in. Exquisite (though pricey) cocktails are served by skilled and friendly bar staff. The drinks are gifted with sumptuous names such as Le Vie Rose and Crushed Midnight and served in the – fast becoming fashionable once again – saucer glasses of the time.


The focus of the room is two separate stages. One in the middle hosts an endless carousel of aerial and acrobatic talent whilst the proscenium arch opens its curtains to reveal burlesque dancers and a somewhat less burlesque band. The combination of these two performance spaces gave a fantastic feeling of giddiness to the evening, one moment you would be slack-jawed in awe at the swoops of an acrobat, the next drawn inexorably to the stage to swing to the band. A personal highlight was the aerial artist who leapt up to a trapeze on elasticised bands (a set up that rather resembled a giant catapult), turning in the air before swooping down, swallow like, seemingly to brush the floor and dare death.
I was also impressed by the Burlesque dancer who brought a heavy dose of
co-ordination and style to the art of removing clothes. Though she did have the unfortunate effect of sending most of the audience into a reverent trance. She also managed an excellent piece of multi-role-play. Appearing from a shell as a mermaid, disappearing as a slightly less shell heavy mermaid, and then re-appearing as a time traveller straight from the red mill itself. The band were heavily focused on letting people dance, something I was all for, and consequently indulged the theme less in favour of creating a bit of swing. A wonderful finale of a four-woman can-can was a riotous and superbly executed end to the entertainment. What was most impressive was the easy way these performances were dealt with by performers and audience alike. People were drawn in but under no pressure to quiet down and pay attention, the terrible British trait of stolidly watching and then guiltily whispering was utterly overthrown. 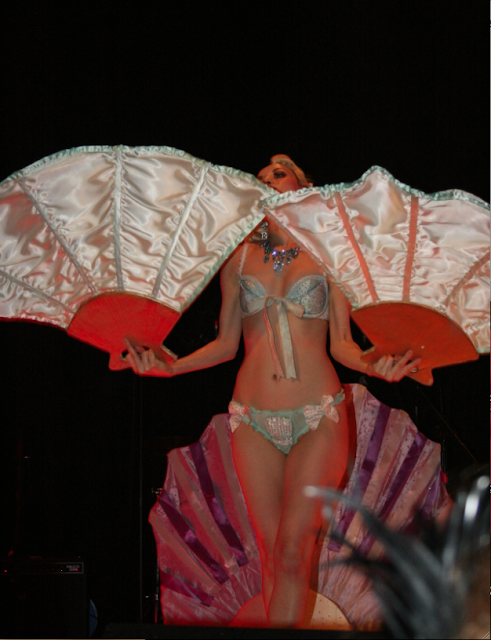 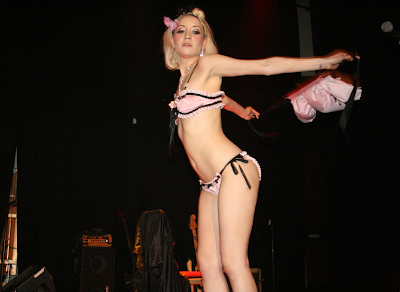 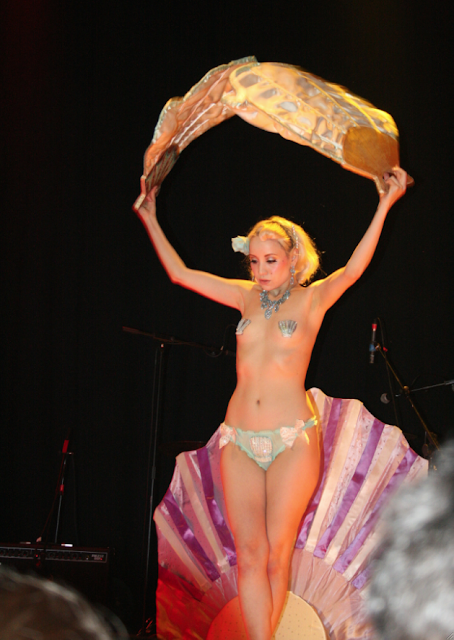 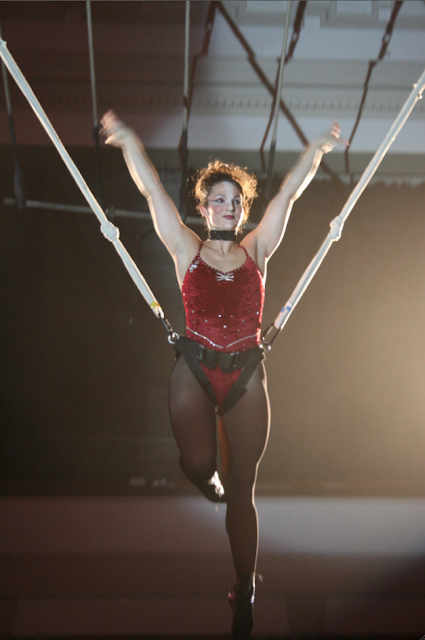 And then there were the outfits. Words are feeble in comparison to the visual effect which I hope is conveyed somewhat by the pictures. The imagination of the guests was wonderful. As we meandered our way through the throng we encountered Edward Scissorhands, perched on the stage and quite at home in the nineteenth century, courtesans decked with feathers and ribbons, gentlemen made from blokes by top hats and well turned bow ties. The outside world of Hallowe’en snuck in through a few gaps in time (nothing to worry about I’m assured) so that some necks were reddened with blood rather than ribbon. I was pleased, however, with the general resistance to Clinton Card’s finest and the total surrender instead to decadence. I took it upon myself to upbraid a jean wearing member of the party who was suitably abashed, less by my reprimand and more by the celebration of history and fashion that surrounded him. 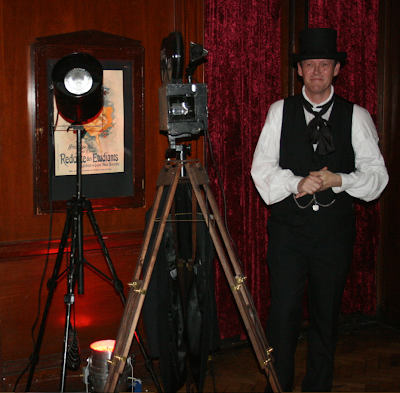 Of course the true Montmatre, which inspired so much and ruined so many, is very far from Saturday night Euston, however grandly disguised. The absinthe in this Belle Epoque is served from a spritzer that grants a spray to each drink and the cloakroom is filled, not with fur, but sensible coats and spare flat shoes. Yes the corsets are from Camden and the music blares from speakers and the hedonism doesn’t even nearly approach that epitomised by the freedom, beauty, truth and love-seeking addicts of the time. Yes we probably only know about La Belle Epoche because of Moulin Rouge (and now Woody Allen) but what this night was utterly true to was the spirit of enjoyment of the self and celebration of the senses that is the best part of that mad Parisian whirl.
Words by Katharine Armitage
Photography by Grace Armitage
please credit.